Cassie De Pecol: The first woman to travel to 196 countries

Not many can say they have travelled the world. Some have never even left their city or hometown. But for those out there who are obsessed with the idea of travel and daydreaming about it, here is a story for you. If you haven’t heard it this year, there is a young woman advocating for the incredible growth she experienced during a travelling endeavour everyone thinks about, but many rarely take. She’s giving everyone a chance to live vicariously through an international travel experience she embarked on.

She travelled by foot, plane, and kayaks and why? To raise awareness for peace through tourism. 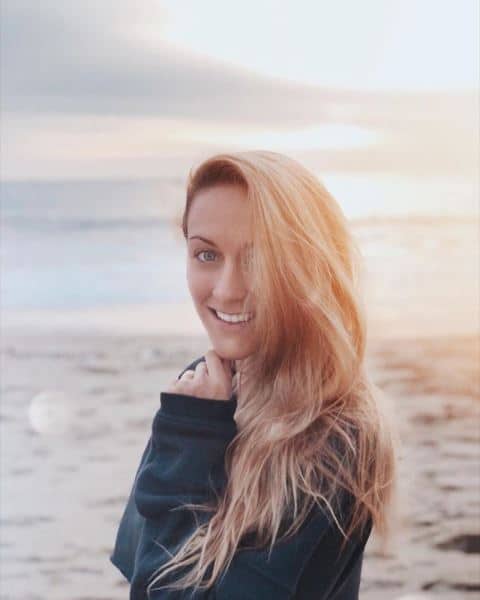 At just 28 years old, and now worldly renowned for her infamous adventure around the world, Cassandra (Cassie) De Pecol is a world traveller, environmentalist, triathlete and educator who is taking the internet by storm. Being from a small rural town in Connecticut didn’t stop her from feeding her passion for travel.

De Pecol grew up in a home receiving homeschool education in diverse and somewhat unique subjects like nature studies and multicultural experiences. She continued to further her education starting at Long Island Universities where she took Global Studies and studied in Nicaragua and Costa Rica for her freshman year. Later in her college career, she became more interested in environmental studies and transferred to Green Mountain College in Vermont. Cassie worked her way through her third college attempt at Santa Barbara City College studying subjects like Meteorology, Oceanography, and Geology.

Cassie didn’t feel the college lifestyle was right for her. In August 2010, she had saved up $2,000 to see the world with her brother. The two embarked on their journey travelling to Berlin and Switzerland over a month before parting ways. Her brother made one last stop in France before returning home. Cassie was a different story. For two years, she continued her solo travel across glorious parts of the world, couch-surfing, working at eco b&b’s, and developing her multi-cultural understandings before finally making her way back home to California. During her two years abroad, she visited 25 countries.

The splendours of her adventures carried through to an internship with Solimar International and USAID where she lived in the Amazon assisting tourism companies with their initiatives and their sustainability. She continued her work in the Amazon as a Sustainability Advisor through an eco-hotel in the Achuar communities, an experience with indigenous people that would change the course of her life. Cassie found a normal life for a while after taking a 9-5 job in Washington D.C. but discovered the office life was still not her forte. Shortly after, she moved back to California where she would reflect on her life and her next route.

After leaving her ordinary job, she came up with a plan to travel the world once again with the full intention of changing and impacting it in positive ways. She planned Expedition 196, the international travel adventure that would make her the first woman in the world to visit every sovereign country in the world. On July 2015, she spent a year and a half planning her journey, saving money, and gaining grants and sponsorships.

Cassie completed her expedition in 2017 and gained the Guinness World Book of World Record for the first woman to travel to 196 sovereign nations. Now that she has completed her journey, she is working on producing a documentary to show the glories of her adventure travelling the world. She is even involved in publishing a book and getting involved in TV shows and speaking engagements.

Cassie completed her travel to 196 countries in 18 months and 26 days, travelling in record time and on a budget of less than $200,000. If you think you can’t travel, think again. While Cassie completed this travel endeavour before the age of 30, her story reminds us, that it is never too late, nor too early to get off the couch and go see the world.

Follow Cassie and her efforts as a global citizen while she works to share this story and her passion for creating more peace within the world through the act of travel and tourism.

You have your favourite dive spots. But, are you ready to explore spots you’ve never been to before. There are so many gorgeous places around Tasmania. The mild climate and the exceptionally clear waters help make the area perfect for diving.