We attended the 36th annual 4WD Queensland Corroboree (hosted by the Brisbane 4WD Club) for the first time in 2016, which was held over the long weekend in September / October at the Woodford showgrounds.

The weather was spectacular as we set up our marquee so ensuring the LockN'Load Pale Ale was on ice was, obviously, the most important part of our set up.

We manned the tent for most of the weekend, other than when we snuck off for a trip on one of the tracks, and had a steady stream of visitors from a variety of Queensland 4WD clubs come by for a yarn (and an icy cold beer).

The event was so well organised, everything went off without a hitch. Well done to the Brisbane 4WD Club for all their hard efforts to put on such a stellar event.

The tracks catered for drivers of all skill levels but being a family-orientated event, there was also entertainment and activities on-site for all.

The social calendar was full of an evening (between trivia, a band and even the footy grand final) and we were so well fed with 3 substantial meals a day. 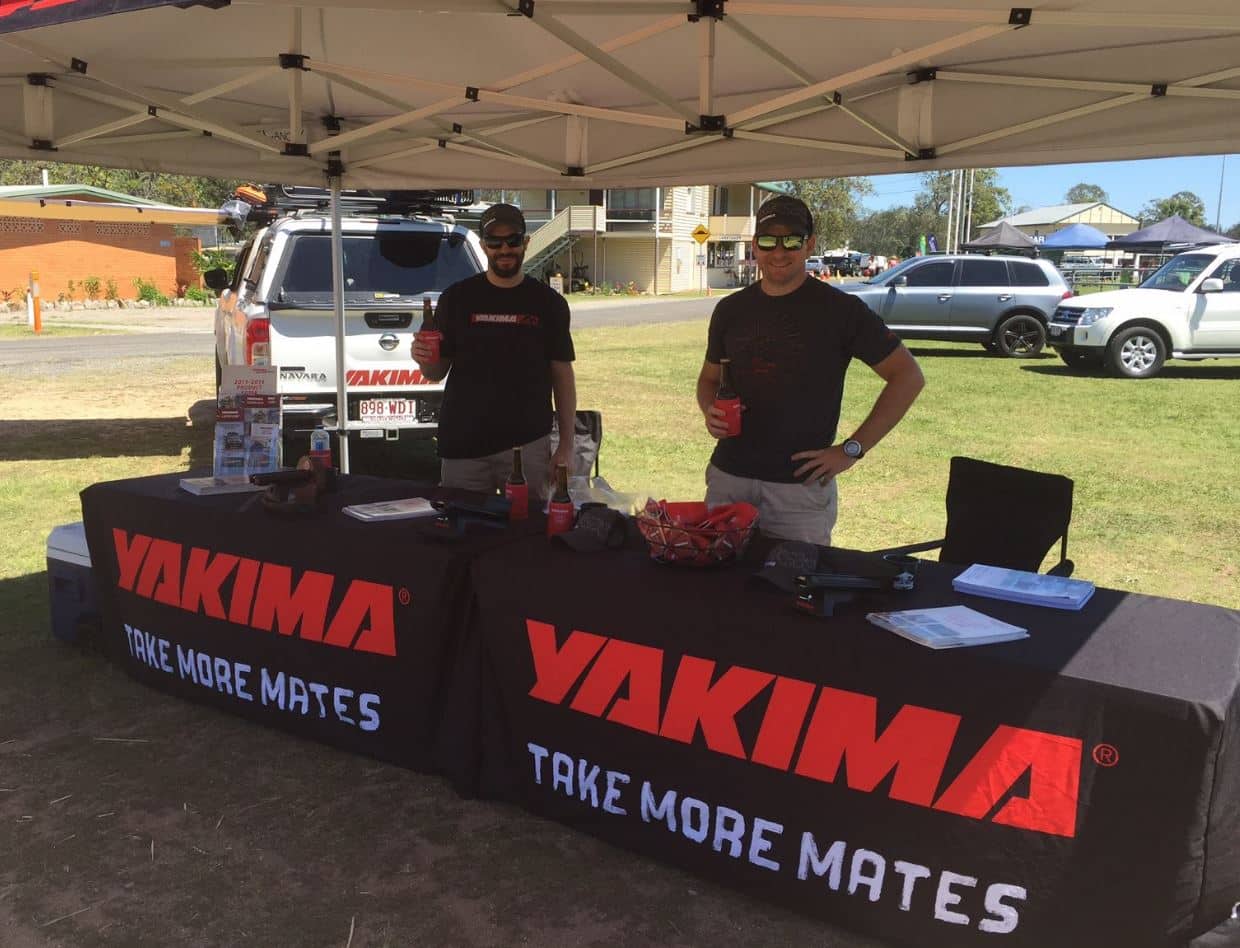 UPDATED: Due to Covid-19 and following the advice issued by the Australian Government, the National 4x4 Outdoors Show, Fishing & Boating Expo has been postponed and will not proceed on the scheduled dates 27- 29th March, 2020 at the Brisbane Showgrounds. Once new dates are set, we will be sure...

Yakima attended the annual Fraser Island Clean Up event on 5 - 8 May. 4WD QLD started this event 17 years ago, organising for clubs from across the state to head over to the island and band together to collect general rubbish, flotsam and jetsam washed ashore by the tides and the weather systems...

Despite ex-tropical cyclone Debbie almost sending Brisbane into complete lock down, the show did go on. Bump in Thursday was touch and go but the sun was out for the first day of the event on Friday.   The Yakima stand was all about our brand new LockN'Load product, the...

We made the annual pilgrimage across the ditch to Rotorua for Crankworx 2017 and, as usual, what a week it was! Greeted with heavy rain then hot sun, we knew we were in for a bit of a disjointed week. Due to the heavy falls, the event schedule was juggled...