Kids love to be outdoors and riding around on their bikes. For those kids who just can’t get enough of their bikes, it’s best to know where is a good area for the whole family to go cycling. After all, you don’t want to set out on a bike ride and end up having to tackle steep hills. Fortunately, Australia is full of paths that are perfect for the kids, even the beginners.

1. THE FORESHORE - WYNNUM TO MANLY, BRISBANE

While Brisbane doesn’t have true beaches like the Gold Coast or Bondi, it doesn’t mean you still can’t enjoy what the city has to offer. The perfect place to do this is along the Esplanade that runs from Wynnum to Manly. This 10-kilometre track goes from the Waterloo Esplanade and follows the shoreline to the Manly marinas. There’s more than just the beach for the kids to enjoy once they’ve finished the bike ride. At the Wynnum end, you’ll find the Wynnum Water Park, with a wading pool and an activity space, where water spouts high into the air. In case that’s not enough, there is even a playground for kids to enjoy. 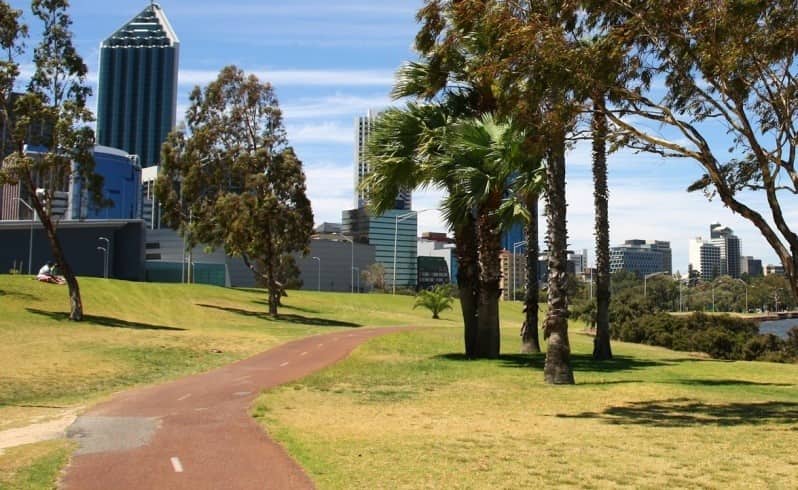 Kings Park is surrounded by protected bushland, which makes it perfect for exploring and families to cycle through. The park is conveniently 1.5 kilometres away from Perth’s CBD. There are many shared cycling paths within the park to check out, depending what side of the park you enter from. Hard surface paths include Western Path, Zamia Path, Goanna Path, Boomerang Path, Speargrass Path and Prionotes Path. Cycling is not permitted within the national park, so make sure to stick to the paths while in Kings Park.

For families who don’t have bikes but are keen to explore the park, there are many hire options, including: 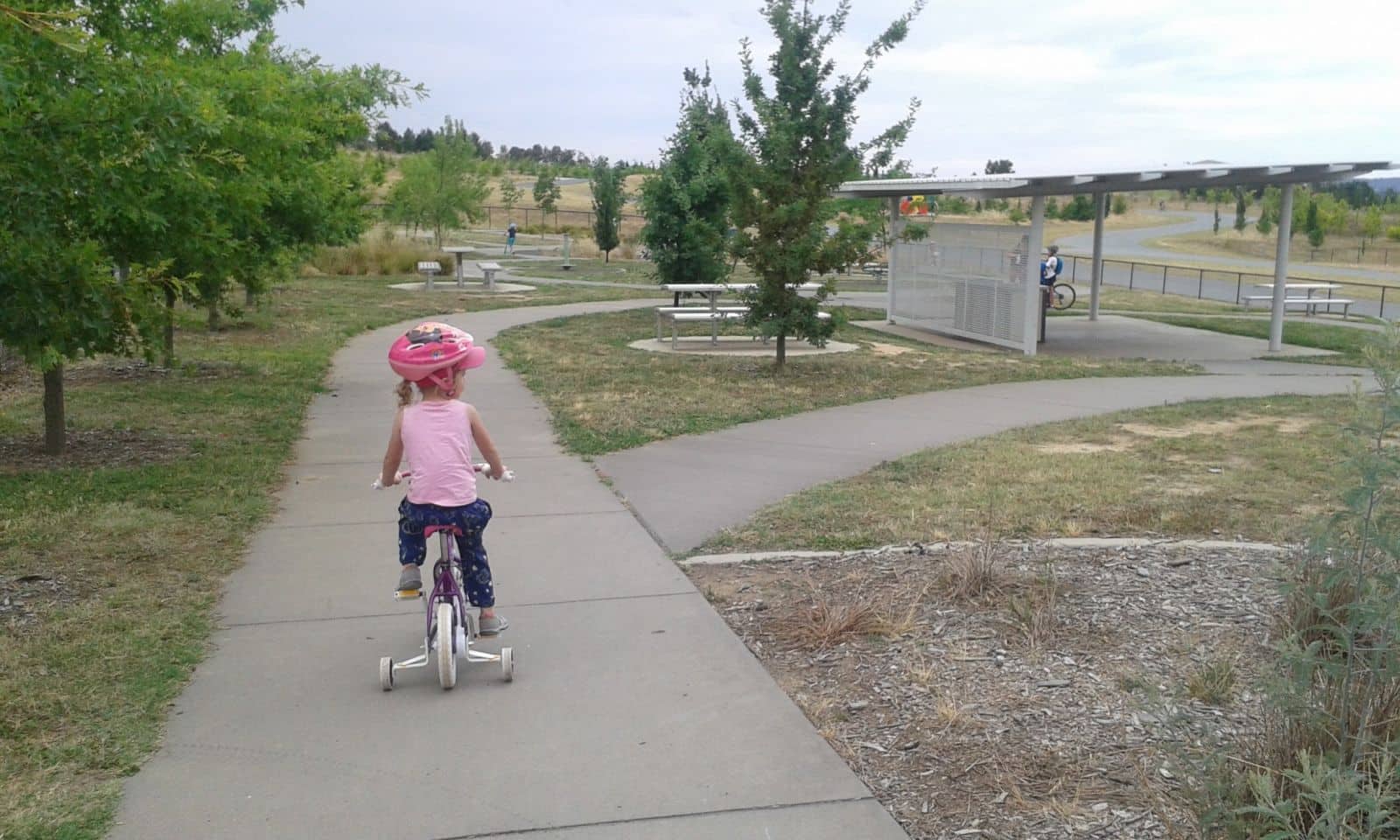 Stromlo Forest Park is a mecca for cycling in Canberra. The park includes both world-class off-road facilities, but for the kids, there are also suitable tracks at the base. Kids will want to stick to the 1.2km Criterium Circuit, which offers a wide, flat, smooth surface for kids to practice cycling on. It is a completely flat, paved path so it’s perfect for kids who still need to gain confidence when they are out cycling. Once you’re done cycling, Stromlo Forest Park includes a BBQ area, which is the perfect place to unwind. 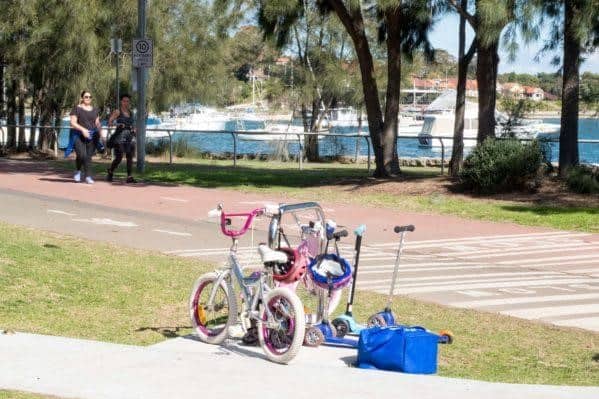 When you’re in Sydney, you’re going to want to be cycling near the water, so why not head to the Bay Run. This path follows the shores of Iron Cove Bay and is one of the most popular harbourside tracks in Sydney. The path is around 7 kilometres long and loops around the bay, so you can start and finish in the same place. The path, which is never more than 20 metres away from the water, is flat and well maintained, meaning it’s a great path for kids of any cycling skill level. While on your ride you’ll also pass at least 10 parks, with lots of opportunities to stop at playgrounds, BBQs and coffee shops.

Soak up Melbourne’s ocean while cycling with the family along The Bay Trail. This 6-kilometre trail goes from St Kilda Pier along the water, through Elwood to Bay Street in Brighton. You’ll get to see the attractions of Melbourne’s inner suburbs, including Luna Park and Acland Street, which includes tonnes of coffee shops and cafes for the parents. The path is flat and away from traffic, so it’s a great track for all kids to cycle on.

Cycling doesn't only need to be for those with advanced skills, kids can enjoy it too! Checking out these five paths will ensure kids have an enjoyable time out cycling with the family.

If you enjoyed this, we recommend the following:

Check out the health benefits of cycling

Our range of towbar bike racks