Lingo: The Key Differences Between Off-Roading and Touring

Does the prospect of an adventurous car journey excite you? Do you love exploring as much as possible in a great vehicle that only adds to the exhilaration? There are a few different action-packed adventures you can take with a vehicle, include off-roading and touring.

While both touring and off-roading offers a rush of adrenaline, many don’t understand how different the two sports really are. 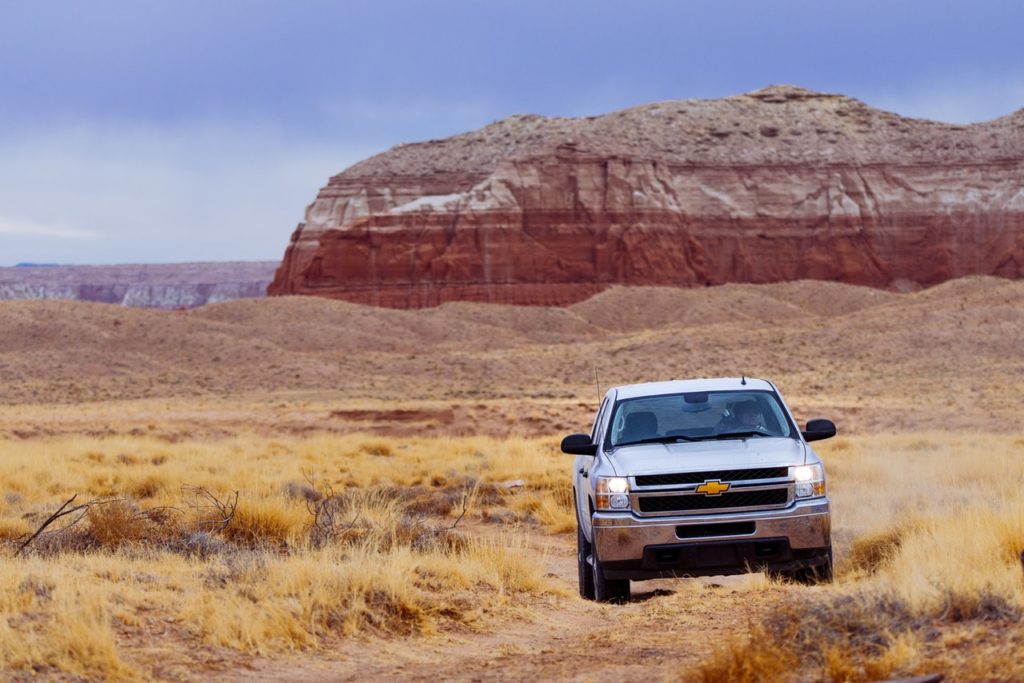 Off-roading is driving a vehicle (a 4x4) over rough terrain. The vehicles are adapted for this terrain, with the ability to tackle bumps and dips in the terrain, making for a fun ride. SUVs, trucks or some specially-equipped ATVs are used for their size and power.

There are different types of off-roading experiences you can have. Recreational off-roading includes “dune bashing,” which is off-roading on the sand dunes, rock crawling or the popular “mudding” over muddy terrain that really makes a mess.

Which of these adventures you choose to take should depend on the type of vehicle you have. Just any normal 4x4 isn’t suitable for off-roading as it needs to have a chassis frame that helps it endure the harsh environment and obstacles you find whilst off-roading.

Despite the term “off-road”, people should always stick to the dedicated track provided instead of going off to make their own. These tracks will give the ultimate thrill and keep you safe. You should always have a passenger with you and at least one other vehicle going on the track with you, so grab a few friends and get exploring! There are some amazing off-road tracks around Australia including Cape York Peninsula, QLD, the Kimberley Region, WA and the western coast of Tasmania.

Touring involves cars that are specifically for the paved road. They are heavily modified for endurance, including a superior engine and improved aerodynamics. There are tracks that are for touring cars only all over Australia in different distances. Touring car racing is very popular in Australia, and there are short races (known as “sprints”) and much longer ones, that can last from three to 24 hours. Sydney Motorsport Park and Mount Panorama Motor Racing Circuit in NSW are both great tracks for touring cars.

The Supercars Championship in Australia and New Zealand (which also travels to other parts of the world like Austin, Texas) is known as the competition with the fastest touring cars.

Both touring and off-roading requires appropriate vehicles on a journey for a long distance. The biggest, most obvious difference between off-roading and touring is that one is on set roads while the other is off the main roads with different types of vehicle being used for each.

Off-roading usually involves driving SUVs or trucks over the raw land and in distances that generally aren’t as long as touring. Touring, however, frequently involves racing, while off-roading is mainly recreational although there are off-roading championships.

If you have a need for speed, then try your hand at touring cars and tracks for an adrenaline-filled day out. If you want to go exploring through some beautiful landscapes while tackling the natural land, then off-roading will definitely be a fun activity. While off-roading and touring can be exciting, why not combine it with other activities such as camping, kayaking or even surfing? Yakima can help you pack up all the essential gear needed for an outdoor adventure with roof racks and other car accessories.

Yakima’s products are designed with the adventurer in mind, keeping equipment safe on your travels. Use our new Vehicle Finder to find the best products to suit your needs before your next journey.

You have your favourite dive spots. But, are you ready to explore spots you’ve never been to before. There are so many gorgeous places around Tasmania. The mild climate and the exceptionally clear waters help make the area perfect for diving.

Whether adventurers want to simply mosey along the beach and enjoy a relaxing drive or play harder with a thrilling ride up and down sand dunes and the need for 4-wheel drive, Australia has phenomenal driving beaches to explore. Sitting at home or in a hotel room and just looking at pictures online could never be the same as going out and experiencing the glorious outdoors that Australia has to offer in person. The key is knowing which beaches are the best for driving.

Off-roading is an increasingly popular activity that takes you and your vehicle past the limitations of the paved road to gravel and sand, across fields and valleys, to destinations beyond your wildest dreams. In the comfort of your vehicle, cross dry riverbeds filled with boulders, up mountains to beautiful vistas that take your breath away.