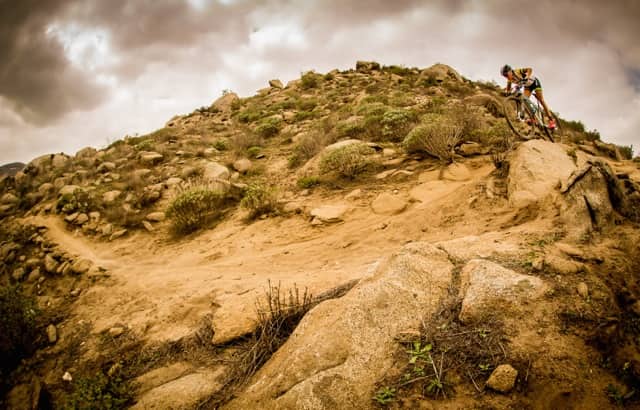 Bec Henderson and Dan McConnell are a force to be reckoned with. Both mountain bikers, the pair share the same passion for the intense sport and can't get enough of the trails. This week they took a breather from hurtling over rocks and obstacles to answer their fans questions.

Are you going down to check out Hollybank and Derby in Nth Tasmania?
Dan: I have not ridden too much in North Tassie but for me one of the best parts of mountain biking is riding new trails so I would definitely be keen at some stage.
Where is your favourite Australian Trail?
Dan: Australia is really starting to get some great trail networks which is really cool, my favourite riding however is around Bruthen in East Gippsland, Victoria. It's where I grew up and I have great memories there from when I first started riding.
Bec: My favourite trails in Australia are my home trails in Stromlo Forest Park (not very original) but I loved racing in Cairns and also Bright in Victoria.  Favourite places to ride can be influenced by positive experiences or race results, so sometimes we are a little biased! 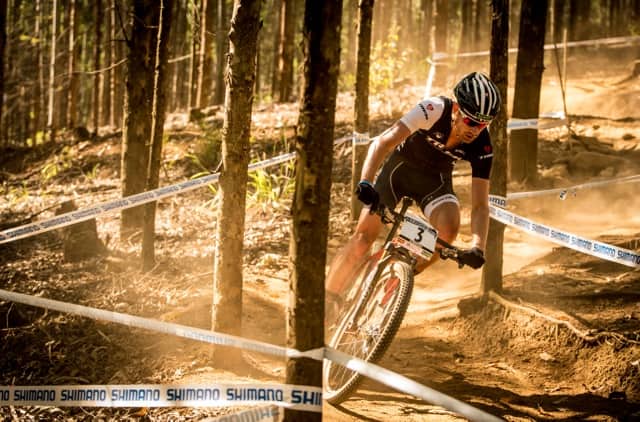 How do you prepare for a race, do you have a set routine or any superstitions?
Dan: For me it's knowing that I have done the hard work leading in, however I always have to have super smooth legs for the race!
Bec: There are always a few little superstitions, personally I only wear a skinsuit when I really think I am in form. If you look closely you’ll see I don’t wear skinsuits at too many races!  As for the pre-race routine, for a World Cup we keep it the same every race, for the 5 days leading in.
What would you both consider to be your biggest achievement to date?
Dan: For me, it's winning the World Cup in Germany, it was such a shock I still can barely believe it happened!
Bec: It’s a hard one to gauge your biggest achievement because they are not always easy to compare. Personally the results I am most proud of are Winning the Under 23 World Cup Series in 2013 and the Bronze Medal at the Commonwealth Games. Gaining Olympic Selection was a massive achievement for where I was in 2012 as well.
What is the most useful piece of equipment you use when training?
Dan: Probably my heavy training wheels because I love the feeling when you put your race wheels back on!
Bec: My bike!!!  Second to that would be Dan, and third, my power meter.
What's the most difficult track you have ever raced or trained on?
Dan: South Africa for the 2013 Worlds Champs – it had a lot of rock sections and steep drops and to make things worse I got taken out by a monkey at 60km/h just days before so I was pretty sore and well de-barked.
Bec: The two big stand outs are Pietermartizburg, South Africa and Cairns!
What has been your biggest challenge to date? How have you overcome these?
Dan: I think just making it onto a pro team, it took a lot of years, hard work, and support from a close network of friends and family.
Bec: Olympic Selection by far. It was a battle against some factors I could not control. I had to stay tough mentally and do everything to the best of my ability on the factors I could control. In 2011 I was a LONG shot for selection but I put everything into racing and training well and it paid off. I am a strong believer in hard work pays off! 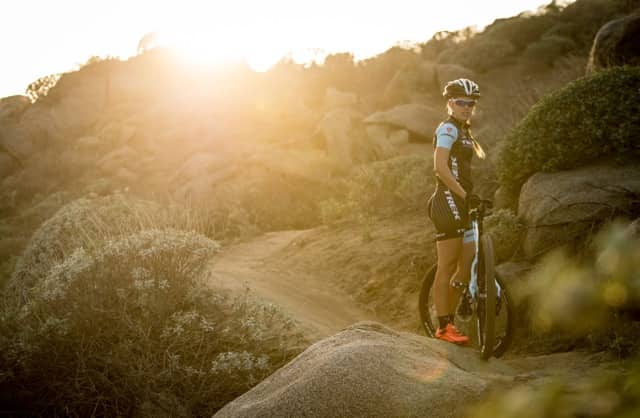 Photo by Matthew DeLorme
Have you guys ever driven into the garage with your bike on the roof?
Dan: Not yet! My bike is my baby so I take good care of it!
Bec: Haha!  Not yet, but certain people in my family have.  (Still a sore point years later).  The real damage is not done driving IN, but when you stress and reverse back out!
What is your favourite recovery food after a big race?
Dan: I have a super sweet tooth so after a big race I reward myself with plenty of chocolate and lollies, and a couple of sneaky recovery drinks ;)
Bec: Favourite and recovery food probably doesn’t belong in the same sentence. My favourite food to eat after a race are ones that you have to earn, like a burger or pizza.
Does training and living together make it difficult to switch off and relax?
Dan: We get this question a lot – at times it is hard to switch off, especially if there is a race coming up or big event, but if there is one thing that I have mastered it's relaxing! I do that very well!
Bec: Sometimes it can be difficult to talk about things other than bikes. It's such a huge part of our lives, it's something that we have in common and obviously that’s how we met. We are in a very unique situation spending so much time together training, travelling etc. We do enjoy a lot of other things though and enjoy our times doing things outside of the riding circle.
What is it like having your partner as your trainer? Does he let you off easy or is he really strict?
Bec: We have found a really good balance (luckily!), obviously it has it’s challenges but Dan knows me really well, what makes me tick, when it’s time to back off, or when he can push me in my training. To be a good athlete you have to be self driven which is why it works so well. If I don’t want to ride, he is not going to force me.  Having said that, he definitely sets some hard training programs!
A big thanks to Bec and Dan for taking the time to answer our questions. We wish you all the best for your next big race. You can follow their progress on Twitter: @bechenderson and @DanMcConnellmtb