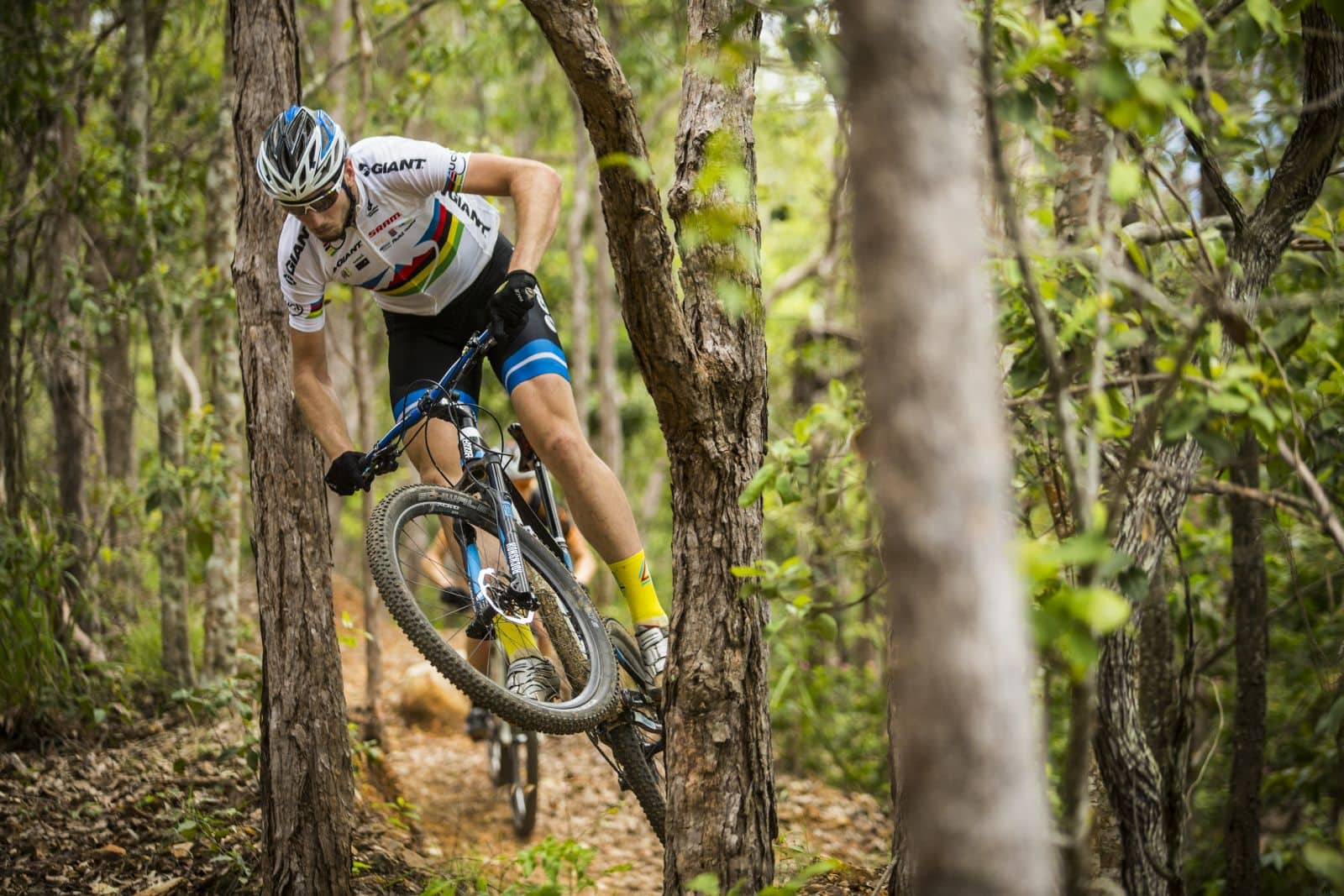 2013 UCI MTB World Champion Paul van der Ploeg is what we would call a force to be reckoned with. He's no stranger to the podium, tackling competitions in Australia and around the world. Like a true champion Paul took the time to answer your questions – so without further adieu, here are his answers.

Matt Margate: Do you have any favourite downhill MTB tracks in Australia that you can recommend? Preferably QLD

I haven’t done much riding in Queensland, you need to talk to locals to that area (Like Yakima ambassador Aiden Lefman). I love riding in my home trails of Mount Beauty in North East Victoria. New Mountain bike park in the Alpine resort of Falls Creek is also looking to be an up and coming mountain bike meca!

Janine Jamieson: What advice would you give a chick looking to give MTB a crack?

Make sure you ride with friends or family that know how to ride. Mountain biking is super fun, but you don’t want to just ride into a mountain bike park and find yourself on an advanced trail that is beyond your skill level. Start off on easy trails, build your skills and progress safely.

Haha…. Been getting into some home brewing with my housemates the last few Aussie summers and really enjoying the Pale Ales and IPA’s. Also the White Rabbit – white ale is so tasty after a good trail ride with a crew.

Harrison Attwood: How much does your bike cost?

I’m using a range of bikes depending on the type of riding I do. My race bike is a pretty stock, Giant XTC hard tail and retails for $7299!

Ruth Dunn: What have been some of the biggest challenges in your mtb career? How did you get past them?

Throughout my cycling career I have had to overcome multiple challenges. The most significant being injuries. I have broken my left arm 4 times, fractured my right collar bone, dislocated my right shoulder over 30 times and had two right shoulder reconstructions! With everything in life you just have to play the hand you're dealt. In all sport you can’t predict what is going to happen next. Your goals and aspirations are constantly changing depending on a range of factors. If I get injured or sick the plan changes and you work towards another goal. That is the nature of the beast. Meghan Croft: What is the worst accident you've ever had? And where?

The scariest crash I have had was last year in the Tour de Perth (road race), I dropped a chain at 70 Km/hr and slid along the road for enough time to burn holes all through my kit and that was also when I fractured my collar bone.

Lowri Gray: What's the best country you've ever visited both on and off the bike?

Off the bike – Croatia! That place is so wild… So much to see and do and such a good climate and environment.

On the bike – I always love riding in Switzerland. The landscape is indescribable! The mountains are breathtaking and they are so welcoming to mountainbikers.

Chris Lyons: Paul do you have any hidden talents "non-bike" related? Someone told me once that you play a mean accordion.

Nothing super impressive. I have been fine tuning my backgammon skills post shoulder reconstruction in January.

Lassie Juel Hansen: According to Viking paganism real men shred rigid 29er hardtail single speed rigs for most of their riding - are you a real man according to this school of thought?

I’m definitely not a real man! I love the new Giant Anthem 27.5 and Trance 27.5… I do have a 29er XTC race bike and a Cyclo-cross bike which is technically a rigid 29er. So 1 day a week I would be almost classified as a Viking.

Carly Cadogan: What's the scariest track you've ever taken on?

In the early fearless days I tried to ride a super steep goat track in Mount Beauty on a V-Brake, 26 inch hard tail! I had a massive crash and landed in some trees! I found out after I also had my forks locked out!! Amateur hour.

Samantha Hoare: As one of five siblings, was anyone else into cycling? And if so, was there a lot of family competition?

All 7 van der Ploeg’s have been into riding at some point in their lives. My oldest brother Daniel was racing in the 2001 MTB World Championships in Vail, America and still shreds trails most days of the week. Neil is racing in the National road series, Mark is Adventure racing on my World Champs race bike, Dad is smashing the MTB trails in Beauty, Mum just got a new Giant Lust 27.5 and Evan is commuting to work. Very lucky to have such an active and supportive family.

Being the youngest of 5 boys I was constantly following the older brothers. I did mountain biking and always stole my brothers bikes and rode them around. When I got old enough I started racing. I have also dabbled in some road racing and that is also very engaging as it is so vastly different to MTB. Road has a totally different dynamic, very fun if in the right environment. I was lucky enough to race in South east Asia last year and would be super keen to keep doing some road racing to complement the MTB.

Bennett Humphries: How do you mentally prepare for a big race, do you listen to music to get fired up or try and clear your mind etc?

I try to keep myself busy by surrounding myself with positive relaxed people. I don’t enjoy over analysing a race or being too fixated on talking about what could happen too much. I try only focusing on things I can control. There are so many variables in a mountain bike race that are uncontrollable, so there is no point stressing about it.

If the Queen and the Pope had a fight, who would win?

It all depends on if it is a Verbal or Physical fight! The Pope seems like a bit of a wordsmyth, so he could win in a Rap Battle. The Queen would probably have a mean left hook that would catch the Pope off guard leading to a one hit knock out.