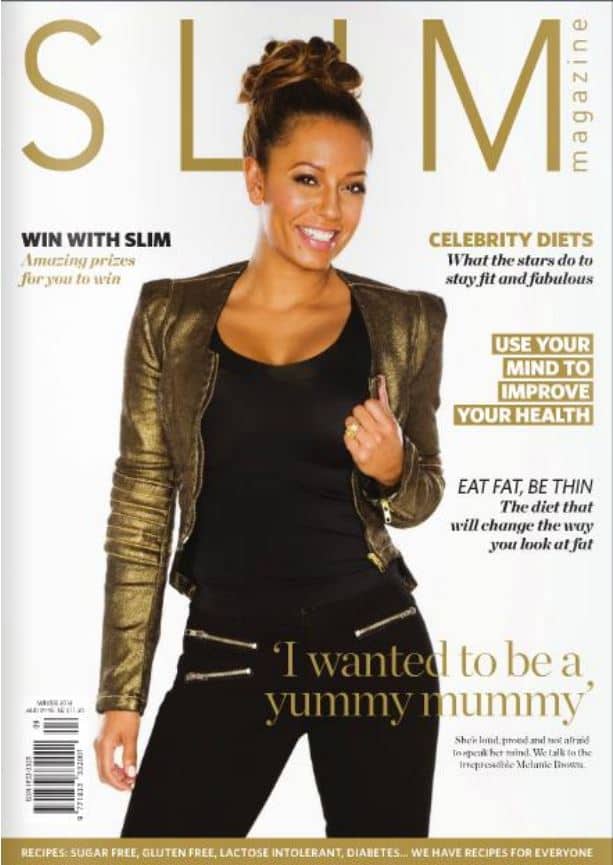 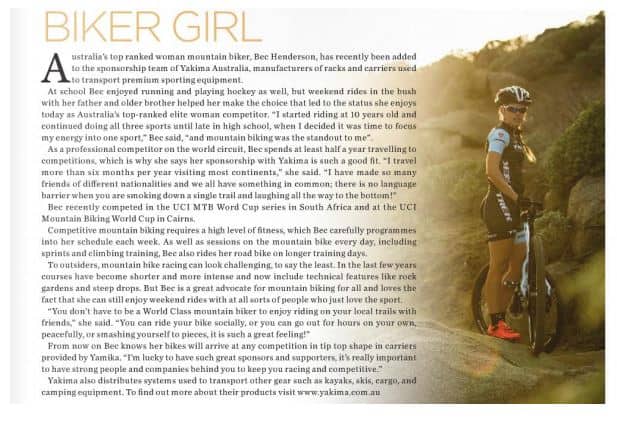 At school Bec enjoyed running and playing hockey as well, but weekend rides in the bush with her father and older brother helped her make the choice that led to the status she enjoys today as Australia's top ranked elite woman competitor. "I started riding at 10 years old and continued doing all three sports until late in high school, when I decided it was time to focus my energy into one sport," Bec said, "and mountain biking was the standout to me".

As a professional competitor on the world circuit, Bec spends at least half a year travelling to competitions, which is why she says her sponsorship with Yakima is such a good fit. "I travel more than six months per year visiting most continents," she said. "I have made so many friends from different nationalities and we all have something in common; there is no language barrier when you are smoking down a single trail and laughing all the way to the bottom!"

Bec recently completed in the UCI MTB World Cup series in South Africa and at the UCI Mountain Biking World Cup in Cairns.

Competitive Mountain Biking requires a high level of fitness, which Bec carefully programmes into her schedule each week. As well as sessions on the mountain bike every day, including sprints and climbing training, Bec also rides her road bike on longer training days.

To outsiders, mountain bike racing can be challenging, to say the least. In the last few years courses have become shorter and more intense and now include technical features like rock gardens and steep drops. But Bec is a great advocate for mountain biking for all and loves the face that she can still enjoy weekend rides with all sorts of people who just love the sport.

"You don't have to be a World Class mountain biker to enjoy riding on your local trails with friends," she said. "You can ride your bike socially, or you can go out for hours on your own, peacefully, or smashing yourself to peices, it is such a great feeling!"

From now on Bec knows her bikes will arrive at any competition in tip top shape in carriers provided by Yakima. "I'm lucky to have such great sponsors and supporters, it's really important to have strong people and companies behind you to keep you racing and competitive."

Yakima also distributes systems used to transport other gear such as kayaks, skis, cargo and camping equipment. To find out more about their products visit www.yakima.com.au.