PEDAL POWER IS KING FOR KEVIN 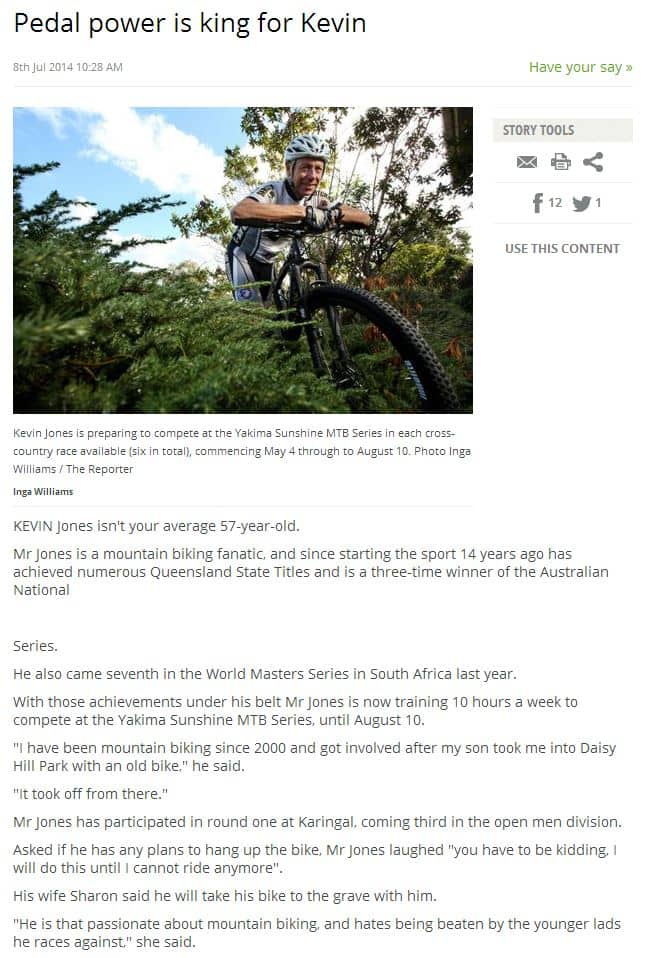 Mr Jones is a mountain biking fanatic, and since starting the sport 14 years ago has achieved numerous Queensland State Titles and is a three-time winner of the Australian National Series.

With those achievements under his belt Mr Jones is now training 10 hours a week to compete at the Yakima Sunshine MTB Series, until August 10.

"I have been mountain biking since 2000 and got involved after my son took me into Daisy Hill Park with an old bike," he said.

"It took off from there."

Mr Jones has participated in round one at Karingal, coming third in the open men division.

Asked if he has any plans to hang up the bike, Mr Jones laughed "you have to be kidding, I will do this until I cannot ride anymore".

His wife Sharon said he will take his bike to the grave with him.

"He is that passionate about mountain biking, and hates being beaten by the younger lads he races against," she said.