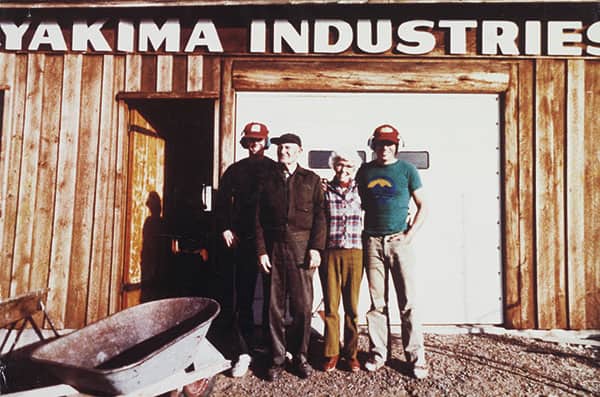 The 60s and 70s were a boom time for outdoor activities and along with that cultural shift came many iconic adventure brands. Almost all had humble beginnings, and perhaps none more so than Yakima.

In 1973, German Immigrants Otto and Jeanne Lagervall began Yakima Industries, named after their hometown of Yakima in Washington. The elderly couple made ladders and other products in their machine shop garage. They also made foot braces for kayaks.

In 1979, paddlers and wannabe businessmen, Don Banducci and Steve Cole, saw the company’s potential and did a short apprenticeship with the Lagervalls. They persuaded the couple to sell up and Don and Steve become the new owners. With kayak foot braces a niche trade, they focused on designing car roof racks – a relatively new idea in America – and moved Yakima to California.

One of the first products was the 1A Raingutter Tower and it still sells today. Before the advent of rain gutter-mounted roof racks, outdoorsy folks simply had to make do with tethering gear to the top of a car with rope.

With a hot product and big demand, Yakima rose quickly in the first five years, innovating with racks to fit any roof and the key gear used back then: bikes, kayaks and canoes. For the ’84 Los Angeles Olympics, Yakima got a boost by being named an official product of the Games.

A few years later, the brand launched racks that could be used on cars without rain gutters, and then the first rear-mounted bike racks. Yakima continued to innovate, with lockable racks, hitch mounts and rooftop box carriers. In 2010, Yakima bought HubCo, which made the award-winning Whispbar and Prorack.

“Yakima is the chief enabler. It has created the ability over the years for people to get their precious gear wherever they need it safely, easily and dependably”, says Chris Lyons, brand director with Yakima Australia.

And it’s done this by building teams of people who live the outdoors. “Our engineers are cyclists, paddlers, snowboarders, skiers and people who just love to get out there. These guys think about the gear and the adventure first,” says Chris. “That’s very necessary to innovate and create designs that help people pack gear and get it where it’s needed. They know that having a double-sided ratcheted back wheel strap on a top of car bike carrier makes it easy and accessible no matter what side it’s mounted on.”

“Our people think of things in their own adventures that they’re constantly trying to bring to the table at Yakima. That keeps us ahead,” says Chris. “It would be a lot different, I believe, if the company were made up of mostly people who only thought about cars all day long – you only get half the equation there. I mean, just because you figured out a way to put kayak on top of a car doesn’t mean it’s easy, effective and user-friendly. We get that.”

“Yakima was this amazing confluence of people and energy and market timing, and I don’t think anyone realised just how good we had it,” Banducci said in 2004 to the Times-Standard.”...We were going to make the world a better place through the manufacture and marketing and use of multi-sport bike racks, ski racks, canoe racks and kayak racks and everybody kind of believed in that.”

But in 1994, the pair was offered a price for the brand they couldn’t refuse. Don and Steve sold Yakima to John Bowes, a businessman who made his fortune in products for leisure activities. Currently Yakima is owned by Kemflo Products which also owns the Whispbar and Prorack brands all sold around the world.

Despite its occasionally turbulent past, Yakima has stayed with its core product of car roof racks and gear-carrying solutions, and it’s continued to grow. The brand has come a long way, from its small-town roots, to its international distributions to 30 countries. And it keeps expanding. More recently, in 2012, Yakima set up a base in Australia (Brisbane), seeing a need for a local HQ here.

“The company has grown up over its last 36 years, and expanded in its product range and distribution,” says Chris. “You have to change in certain ways to accommodate that but the core things have stayed the same.”

“The outdoors are meant to be fun and Yakima believes keeping that sense of humour is a key to success. Who else makes a quality, innovative product that comes with a bottle opener built into it?” 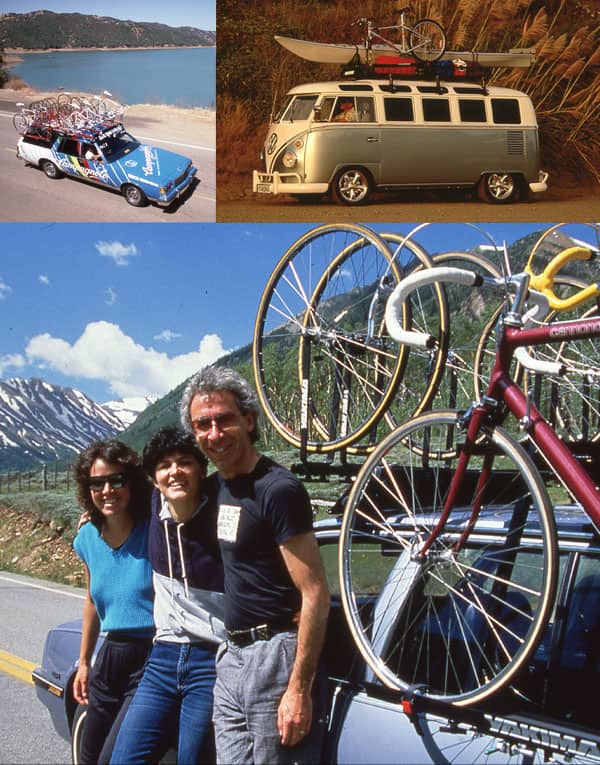 From lugging bikes and sea kayaks on that family adventure through to supporting (literally) road cycling teams, Yakima has become synonymous with reliable car-based carrying systems.