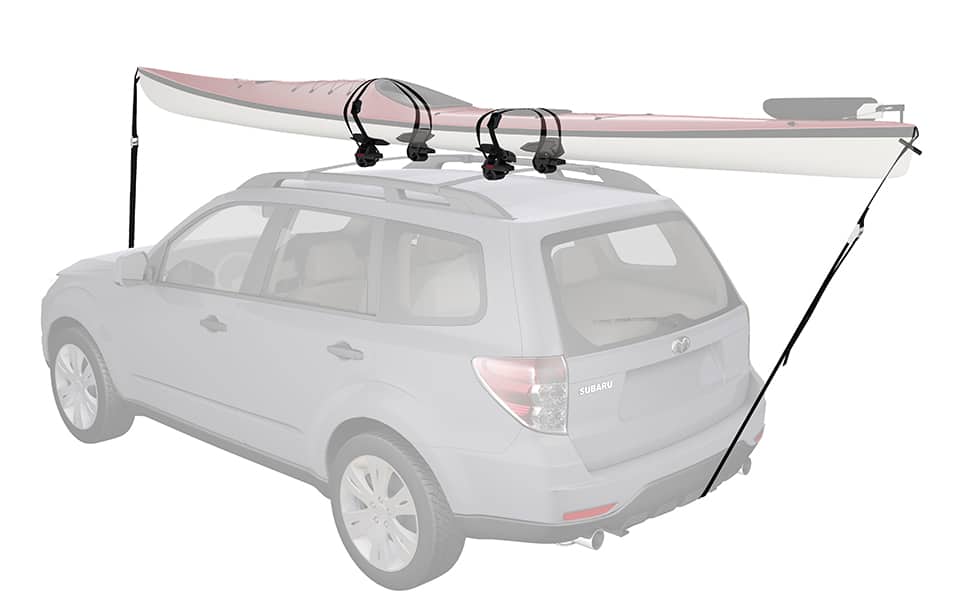 IN AN IDEAL WORLD, we’d all own a super-lightweight sea kayak of, say, 16kg maximum weight. Unfortunately the ideal is not the reality; most sea kayak owners have to heft craft weighing from around 22kg up to 30kg up on to their roof racks whenever they want to hit the water – not an enviable task, unless you’re particularly strong. Yakima Racks’ Sweet-Roll is a solution to that heavy kayak-loading problem.

The SweetRoll is comprised of four padded saddles (two front and two rear) that support (and carry) a kayak on vehicle roof bars (regardless of brand) and can be fitted sans tools in around 10 minutes. The difference between the Sweet- Roll and the myriad other kayak holders out there is the integrated rollers in each rear saddle (when fitting, make sure the rollers are facing rearward).

The (lockable) saddles sit atop a spring-loaded base, while the tilting flat saddle area adjusts to fit to any hull shape. When loading your kayak, you simply have to align the craft with the rear rollers and push it on – the rollers do the rest of the load bearing. This saves you having to grunt and strain, pushing the kayak forward and trying not to scratch the base of it.

Once you’ve got the kayak rolled into position, you just have to adjust the saddles for optimum fit and then tie it down. Yakima supplies heavy-duty straps and bow and stern tie-down straps with the SweetRoll kit, so you don’t have to buy extra equipment to make it all work.

The SweetRoll has been used on and off over the summer and so far so good. It is excellent value for money with everything you need included and the speed of fitment – for both the SweetRoll saddles and the kayak – plus the fact it takes a significant weight off when you’re fitting the kayak, makes it well worth considering for any paddler.