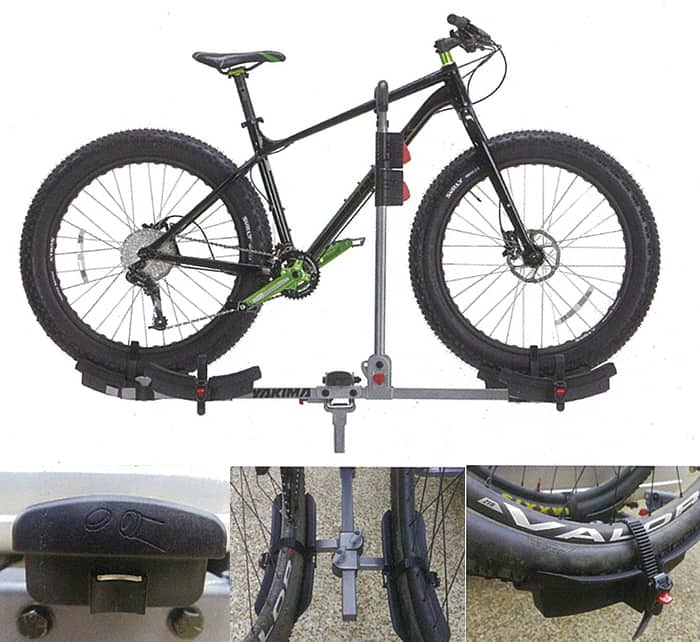 Are you and innie or an outie? It seems like a personal question, but whether you put your bikes in the car, or outside of it makes a pretty big difference when packing up for a road trip, or just driving to the trailhead.
Yakima have been in the game a long time, and their HighRoller racks have graced the top of my Subaru for well over 18 months, reliably transporting bikes on freeways, dirt roads, and in the gridlock that is Sydney. Having been an ‘innie’ for so long it was a revelation having more room for luggage – and mates – inside the car, and keeping muddy bikes on top of it.

For longer trips though, the benefits of a rear-mounted rack are immense. From fuel efficiency, down to a reduced chance of slamming bikes into your garage/hotel driveway/McDonalds Drive-thru or anywhere else with low clearance. And if my Subaru was newer and taller, rear-mounted saves getting a step ladder.

Yakima have the HoldUp, which we reviewed a little over 12 months ago, but the new TwoTimer is substantially cheaper – and potentially a more versatile rack. It’s a hitch mount rack, and will fit either the large 2” or smaller 1.25” hitches – right out of the box. The hitch mount gives more stability than a towball mounted rack, and it will hold bikes up to 20.5kg each. Best of all, the size and shape of the wheel trays on the rack, and the adjustability of the arm that secures them, means you can fit bikes of all different shapes and sizes on there.

Unlike a basic tow ball mounted rack, your frame isn’t bearing the load. Two individual arms hold the bike into the wheel cradles, which adjust for wheelbase length and how you have positioned your bikes.

Fitting the rack up is fairly straight forward after bolting the base section to the bike carrying unit. Fitting it to your car does involve a bit of crawling on the ground to get it tightened up in the hitch. This is where the stability comes from, so it’s worth doing it right. If you’re likely to take the unit on and off, get a ratcheting spanner. I found it easier to load the inner bike first, drivetrain towards the car. But chances are you will need to experiment to figure out the best packing scenario depending on bar and eat height, and frame size of bikes you’ll be loading. The hooks are padded that push down on the bike, and in using this rack (and my roofrack) I’ve had less (none) damage to my bikes than I have putting them in the back f the car.

While I didn’t have a kid’s bike, or a fatbike to test Yakima’s claims of versatile fitting – the rack did securely fit a cyclocross bike, 29er XC bike, 27.5” trail bike, and a road bike. Just not all at once. They do make a FourTimer rack for that though.

There’s a few small touches that are nice, like the built in bottle opener, and the safety catch besides the spring-loaded release for securing the rack in position. The rack locks your vehicle, but hooks also lock, which is great for peace of mind when you stop for a post-ride meal and can’t keep an eye on your wheels. Does that mean it’s perfect? Well, no. Like the Thule rack we tested in Issue 149, there’s no easy fitting area for a license plate, which you legally need to have fitted in Australia. You will also need to get a light board for most states, but you’d best checking your state road laws – or that of the states you’re driving through.

There’s a tiny bit of rocking, but nothing that was unsettling. I found it really easy to load bikes on and off, especially once I know what order they fitted best. But I prefer the HighRoller on my roof. I’m happy to leave those racks on, but didn’t feel that same leaving this on the back of the car. I also couldn’t get the boot of my wagon open with the rack loaded, it does tilt away – just not enough. It should offer enough clearance for a sedan’s boot to open.

All in all, the Yakima TowTimer is a great value and secure rack, that’s capable of carrying a variety of bikes safely. Given my past experience with Yakima, if this rack doesn’t suit your needs, it’s likely that something else in their range will.